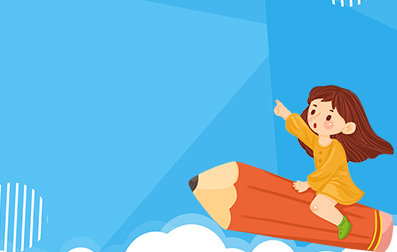 I have a neighbor. She looks young and beautiful although she is over 70. She can do all thehousework, read newspapers and learn something new on the Internet. I often see her do taichi(太极) inthe morning and dance inthe evening.

Last week a reporter from a magazine asked her how she kept so young and healthy. Shereplied, "I have a secret for staying young and healthy. It is quite simple. Keep your mind active,be interested in the world around you, and learn at least one new thing every day," Don't thinkyou are too old to learn. I know a man alled Jack who started to study medicine in a collegewhen he was 70 years old. He studied there for 6 years and now he works in a hospital. Anotherman called Barry beganwriting at the age of 71. And now he is a goodwriter. Some people maythink keeping learning is easy only for young people. In fact, everyone canmake it.

It would be a good start to follow the old lady's example. I hope all the people will stay

B. young but ugly

47. When did Jack begin doing study medicine in college?

A. how to be beautiful

B. how to be a writer

C. how to stayyoung and healthy

D. how tobe a doctor

A. Live and learn.

D. No news is good news.

lam trulyexcited to be joining this new exploration of the underwater world, which coversmost of our planet," says 91-year-old Sir David Attenborough, the father of natural history TV,who returns as the teller,“The oceans are the most exciting place to be right now. because newscientific discoveries have given us new world of life underwater."

The BBC spent fouryears filming on everycontinent and inevery ocean. It will take youto thedeepest but least known parts of our planet. It's said that 95% of the world's oceans areunknown. You will be surprised at seeing a dolphins spitting water, a fish that uses tools, andahairy Hoff crab. The documentarywill alsotake a close look at underwater volcanoes(火山)

However, you'll feel sad when you see these scenes: mother dolphins feeding their babies

with dirt through their milk; man made noise drowning out the natural sounds, which animalsuse to communicate. Many creatures are trying hard of their lives.

that this is the right moment for the health of the world's oceans.

51. Blue Planet lis a documentaryseries about,

A. The reporter of the BBC.

B.The manager of the BBC.

C. The teller of a news program.

D. The father of natural historyTV.

53. It is reported that we only know

of the world's oceans.

54. What does the fourth paragraph imply?

A. Animals can communicatewith each other easily.

B. Natural sounds drown out man made noise.

55. What does Blue Planet I remind us todo?

A. To protect oceans

B. To enjoya relaxing life.

D. Totravel all over the world.